Welcome to the internet video archive of Emilia Productions LLC!
It is a sample of titles by Luis Perez Tolon.

Welcome to the internet video archive of Emilia Productions LLC! It is a sample of titles by Luis Perez Tolon.

This compilation of films and videos covers different topics, from his 16mm student short film and his first independent 16mm personal documentary to anthropological videos, TV specials and recent works. 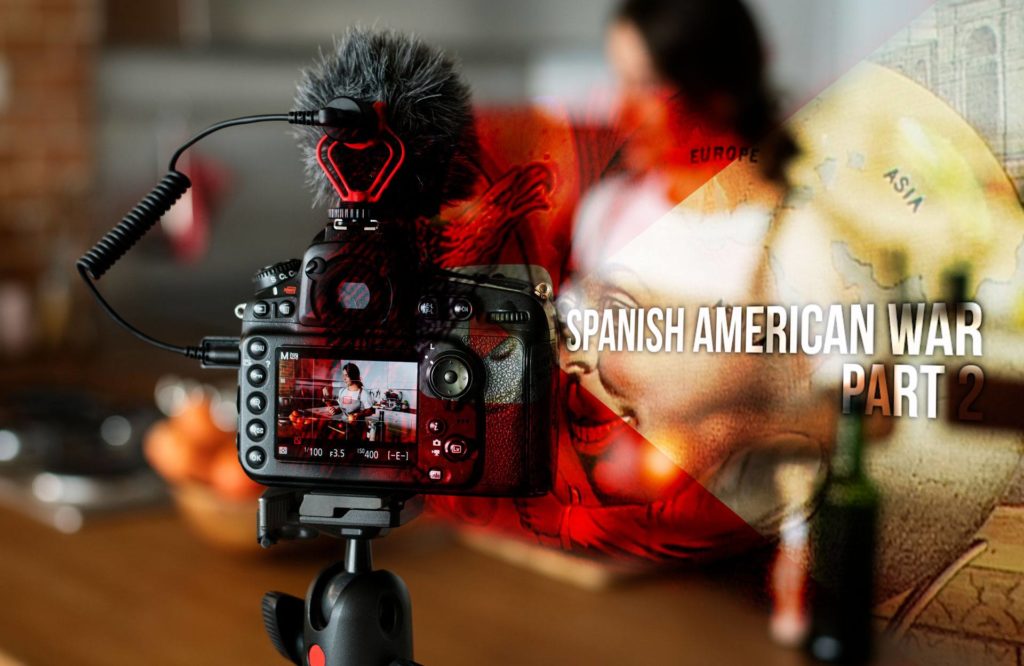 Perez-Tolon’s body of work addresses such themes as Cuban-American identity, US and Latin American history, education, and Spanish Gypsies and culture. The film and video archive spans work from different periods of his career. Films from his early filmmaking days as part of the emerging Latino filmmakers in the San Francisco Bay Area in the 1970s show his professional progression. In the 1980s he specialized in anthropological documentaries. After receiving an MA from the visual anthropology film program at the University of Southern California-USC in Los Angeles, he moved to Spain in 1990. He was Researcher-in-Residence for the “Angel Ganivet” Ethnological Research Center, Culture Department of the Provincial Council of Granada where he produced ethnological documentaries. 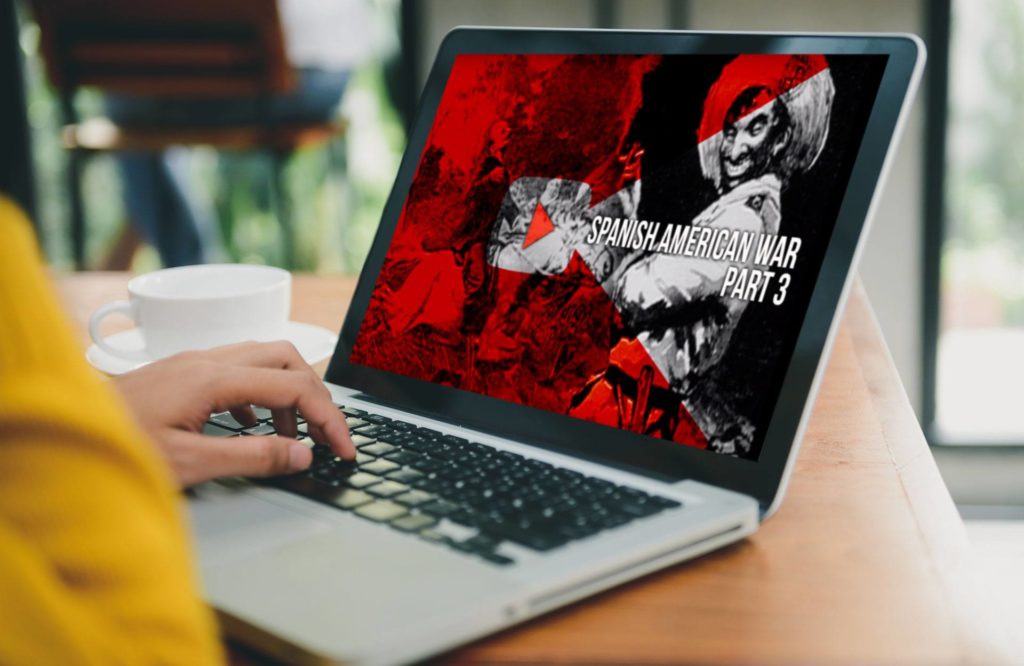 Continuing with his interest on Cuban and Latin American identity, he pursued bigger TV challenges working with Café Productions of London and later as Director of Production and Development for Discovery Networks Latin America/Iberia in Miami.

In recent years he has worked on educational projects for the U.S. Department of Education, PBS and finished his award-winning independent documentary Emilia.

Luis resides in Miami Beach and makes films through his company, Emilia Productions LLC with headquarters in Miami Beach and Madrid. He is now developing A Multimedia Platform for Coaching People with Autism, a video series about a Latina coach in Miami who works with students with disabilities. Also working on a personal film about his father’s family in Cuba and his first visit since 1960 to San Miguel de los Baños, his father’s hometown and the “Finca Hatillo” where he grew up until age 11. Once a famous spa town with mineral waters and luxury hotels, it is now a ghost town and the family hotel in ruins.

Do you know who won the Spanish American war?
Spanish American War, The Battle of Manila Bay. Havana Harbor Cuba today. One hundred years ago the USS Battleship Maine arrived here supposedly to protect American interests on the night of February 15th 1898 a terrible disaster rocked Havana harbor. A tragic explosion destroyed the main and shook two continents 268 American sailors lost their lives. As the masts of the shattered main pointed accusingly at the sky. Americans had no doubt who was guilty. They blamed Spain bent on retaining control over its island colony. Two months later the nations were at war.

Spanish American War, The Winning of the West, Cuban Tobacco and Jose Marti. Emilia Productins Miami.
Mahan realized the essential connection between an expanding industry and an expanding foreign policy.
He said whether they will or not, Americans must now begin to look outward. The growing production of the country demands
The truth was that America was in desperate need for world markets recovering from a depression and with country areas still locked in poverty. It was producing more goods than it could sell at home. And there was another reason for expansion. Uncle Sam’s Americans had colonized their own country from coast to coast. Now they needed more room. Some said it was the United States Manifest Destiny to expand abroad.

Almost alone among the Spanish possessions, Cuba had remained loyal. It was the ever faithful isle, proof that God’s blessing continued to shine on Spain’s imperial status. In return, Old Spain had given the young Cuba wealth, learning and the arts.
With the rebels at the gates of Havana. Spanish Capitan General Martinez Campos was acutely aware of the value of Cuba to Spain but he also realized that total war was the only way of saving it. This he could not face. Reluctantly he resigned and in his place Queen Maria Cristina appointed a ruthless general Valeriano Weyler. He has the face of a reptile, the body of a dwarf, a jackal’s instinct and the soul of a dog. So ran a Cuban song of the time.

Exilio/Exile (16mm-28 min) This bilingual independent documentary with English and Spanish subtitles explores emotional and cultural conflicts of the Cuban exile community in the United States. The film is a collage of testimonies and vignettes weaved together with a personal narration and documenting my first trip back to Cuba in 1978 with the first group of young exiles to return. Exilio screened at international festivals and received multiple recognitions. It was funded by: Western States Regional Media Arts and Emerging Film Artists Program, funded by National Endowment for the Arts and the American Film Institute; the Pioneer Fund; and the Zellerbach Family Fund. Released in 1984, it was broadcast on New York’s WNET-Independent Focus and distributed to PBS stations.

La Monda. A Documentary produced by Luis Pérez Tolón, Emilia Productions Miami. (30 min-Spanish) is the name given to the sugar cane harvest season in the area of Motril, Salobreña and Almuñecar in the coast of Granada. This anthropological film explores the remaining vestiges of the sugar cane industry, a once thriving economy along this Mediterranean coast dating back to the 10th century. By 1993 most of the sugar processing plants in the area had closed, only on survives, the Guadalfeo sugar plant in Salobreña. The film follows the “cuadrilla” (group) of Chico la Mena, who leads a group of friends and kin to work on the harvest. They use machetes and hatchets to cut the sugar cane and mules to carry it out of the field. They are migrant workers who come with their families and set up temporary households as they follow different harvests seasons. The film shot in Pal Betacam was funded by “Angel Ganivet” Ethnological Research Center (Granada) and the Culture Department, Motril City Hall.

Gitanos del Sacromonte (25 min-Spanish) profiles a Gypsy family of Flamenco artists born and raised in the caves of the Sacromonte, the Gypsy quarters north of the Alhambra in Granada. Three generations continue the flamenco tradition and folklore. Loles sings and dances flamenco to entertain tourists, like many of her generation she follows historical and cultural Sacromonte Gypsy stereotypes. Her oldest son José, and his wife Paquera, also perform in the family show while thinking of a new future. Their children have a whole new perspective on life. They are integrated into Spanish culture and the social changes sweeping the Sacromonte.

Gypsies Today/Gitanos de Hoy (20 min-English & Spanish versions) is a documentary on the Gypsy community in Granada, Spain by Luis Pérez-Tolón and based on the fieldwork of Catalan anthropologist Elisenda Ardévol (Universitat Oberta de Catalunya). Through its ethnographic visual content, this video introduces aspects of Gypsy culture to the general public. Dr. Ardevol’s research was sponsored by the Department of Social Services of the Granada City Hall to better serve the needs of the Gypsy community in Granada. This visual text was produced to complement the written ethnography. Maria Dolores (Loli) Fernández, a young adult education Gypsy teacher, was the main informant and her collaboration was indispensable during the development of the structure of the film.
Pérez-Tolón produced the film to accompany his written graduate thesis:

Changing Rhythms: An Ethnographic Film Model Applied to Social Work Among Gypsies in Granada, Spain. Both film and thesis were requirements for the University of Southern California’s Master of Arts program in Visual Anthropology at USC, at the time a groundbreaking and innovative interdisciplinary degree involving both research and filmmaking across the departments of Cinema and Television, Broadcast Journalism, and the Center for Visual Anthropology (CVA). It was founded by the acclaimed anthropologist Barbara Myerhoff and filmmaker Timothy Asch.